Gustav and Daniel have cerebral palsy, but they can do most things 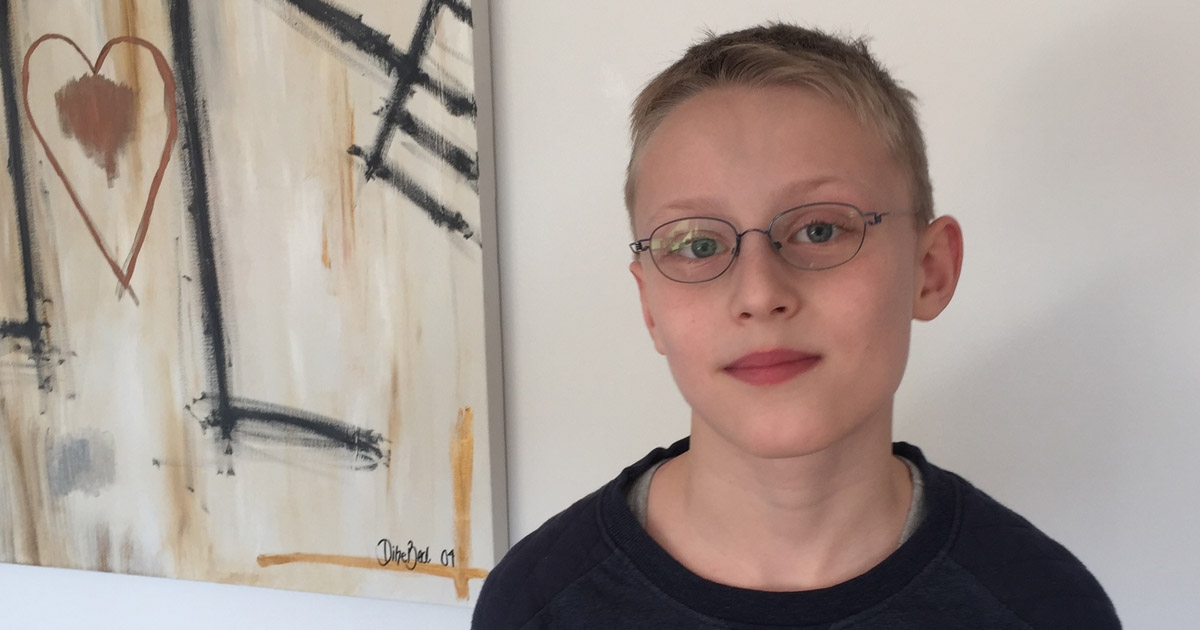 The other kids are running around in the playground. It almost seems like they never run out of energy. It can easily feel like that for someone who has cerebral palsy. You need extra energy to do things that others can do easily.

In Denmark, 150 children are born each year with the diagnosis. But what is it actually like to live your life with cerebral palsy?

He can do most things

Gustav Hjort was three years old when he started noticing that he couldn’t do the same things as his twin brother. As they got older, it was difficult for him to climb trees and run fast. Today Gustav is 10 years old and in the third grade.

”I don’t think about it that much,” Gustav says about his disability.

He adds that he can run faster than his brother now.

Gustav is on level 1 on the GMFCS scale[1], which means that he can do most things. In school, though, he gets tired much more quickly than the others.

”But I can do almost everything the others do,” he says.

Every Sunday, Gustav puts on his football clothes and goes to practice with the other from his team. He tells enthusiastically about his team, which, besides himself, is made up of other children with cerebral palsy. Including his good friend who also goes to physiotherapy with him.

”It looks a little different when I swim”

Gustav is tired. He has been to Sports Day at school, and is still wearing his football outfit from his favourite team FC Barcelona. In addition to ballgames, there was also swimming during Sports Day. It was fun, but challenging.

”It looks a little different when I swim”, he says.

He knows that his crawl and butterfly aren’t perfect.

Gustav is pretty sure that he’s the only one in his school who has cerebral palsy. But that doesn’t bother him. During break, he plays table tennis with the other boys, and it’s often Gustav who wins.

”I love computer games, so it was fun to train with Happy Rehab, and sometimes I just wanted to keep going,” he says.

But today he has enough stability and doesn’t feel he needs Happy Rehab any more. He can feel that his legs are stronger, which helps him during football. It can be boring to have to train so much, but when it helps, it’s ok. His father stresses, however, that the training will always be an important part of everyday life. 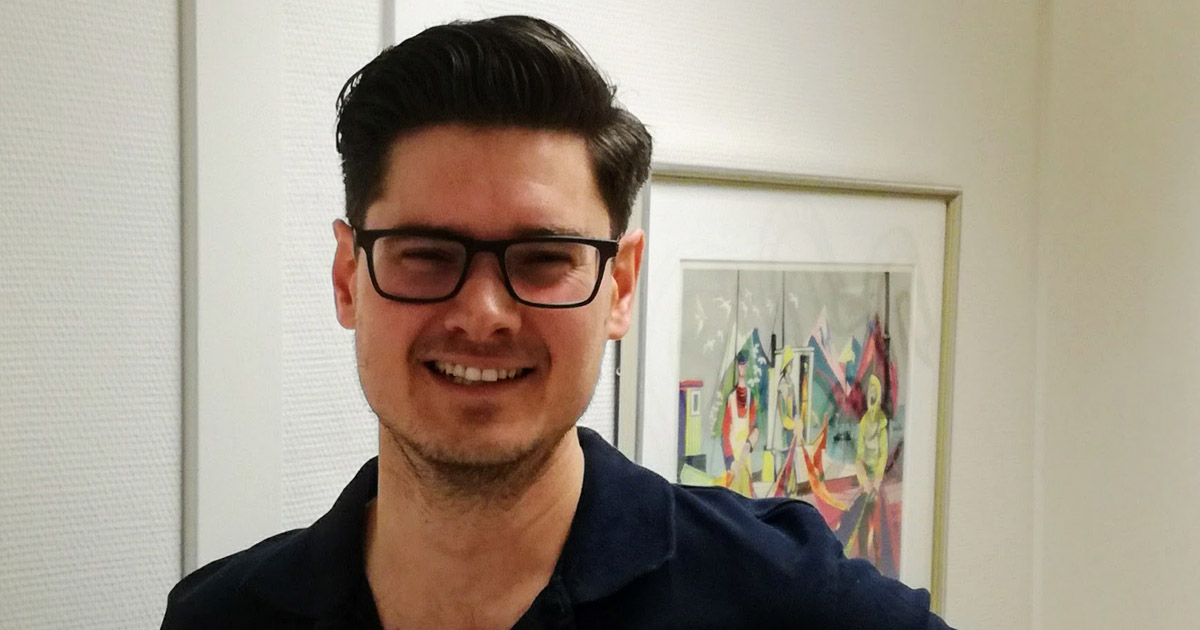 More at ease with his disability

Daniel Gulliksen was also 10 years old once, and he remembers his school years as good, but challenging. Just like Gustav, he could do most things the others could, but when he was a teenager, it was hard to be different. He would give anything to be like the others.

Today Daniel is 30 years old, and works as an occupational therapist at Stavern Hospital in Norway. He feels more at ease with his disability, and doesn’t think much anymore about being different. He has learned to see himself in new way.

Daniel is in between levels 1 and 2 on the GMFCS scale. As he says himself, he isn’t ready for level 1, because it is difficult for him to carry a coffee cup up the stairs without spilling.

Lack of energy is the worst thing

Daniel works part time as an occupational therapist, so that he can have energy for the rest of the day. He tires easily, and that bothers him.

”I can sometimes feel sad, when I think about the things I can’t do because I don’t have enough energy,” he tells.

Daniel got his occupational therapy degree within the standard time limit. It went well, but it was hard. His energy level was challenged, and if he could give advice to others in the same situation, he would recommend that they spend an extra year getting their degree.

When he’s not working, he often goes to the mountains with his friends. His friends are good at adapting to his speed, and Daniel thinks it’s fine that he doesn’t do the longest and most strenuous hikes.

”I don’t have any ambitions of climbing the highest mountains,” he laughs.

Daniel’s friends are very supportive, which has helped him so that he no longer feels different because of his disability.

”My friends just think that I’m doing really well despite my disability,” he says.

In addition to hiking, Daniel also does yoga. It helps with his flexibility.

The disability can be an advantage

In many ways, Daniel’s disability is also an advantage for him. In his work as an occupational therapist, he often works with children with cerebral palsy. When the children and parents see that Daniel has the same disability, it calms them to see that he is doing so well. He becomes the good example of what is possible for someone with cerebral palsy.

Daniel uses his own experiences of life with cerebral palsy in his work. He adds that this was probably why he chose to become an occupational therapist.

Dreams for the future

Daniel dreams of permanent employment at Stavern Hospital, so that he can keep working as an occupational therapist.

If you ask Gustav what he wants to be when he grows up, there is no doubt.

Gustav’s father developed Happy Rehab, and his son is very proud of him for that.

”I think it’s cool that he made Happy Rehab, which has helped so many people, who are like me,” he says.

Gustav also wants to work for INNOVAID when he grows up. But first he needs to go home and rest after a long day. 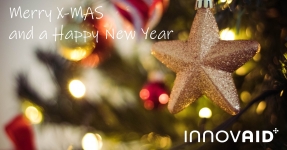